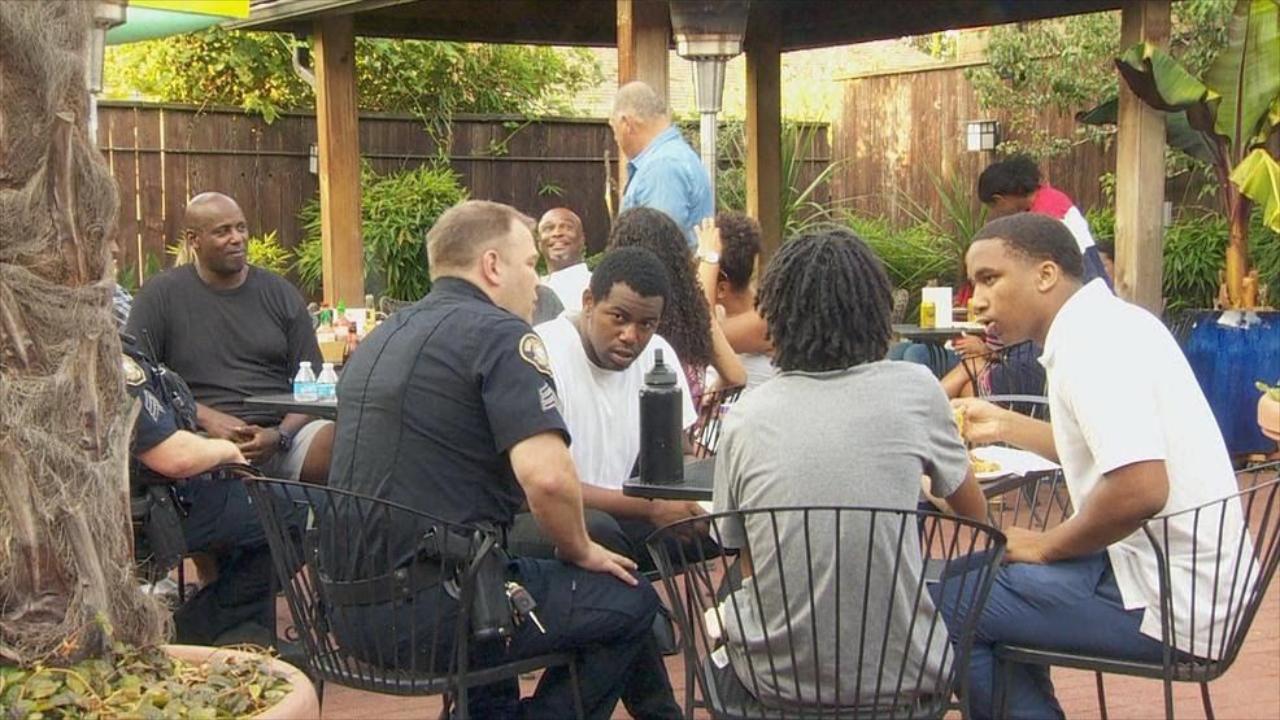 What do you mean by Community Policing?

Community policing is a philosophy that promotes organizational strategies that support the systematic use of partnerships and problem-solving techniques to proactively address the immediate conditions that give rise to public safety issues such as crime, social disorder, and fear of crime.
When a police department follows the 3 P's — People, Policies and Processes – and leverages them in an effective and meaningful way, and ensures transparency and accountability, a successful roadmap will likely emerge.
This is an example of community policing , where individuals partnered with traditional police forces work to make their neighborhoods safer and to minimize crime. ... For instance, crime, social unrest and fear of crime are all public safety issues that community policing seeks to address.

How do you build trust between the
Police and the Community?

The Intersection of Policing and Race

Today, people of color are overrepresented at every point in the criminal justice system. People of color make up more than 60 percent of the prison population, yet they only represent 39.9 percent of the U.S. population. More specifically, African Americans represent 13 percent of the U.S. population, yet comprise 40 percent of those incarcerated. Statistically, 1 in 3 African American males born in 2001 will go to prison at some point during their lifetime; for Latino males, the number is 1 in 6. African Americans are also 2.5 times more likely to be arrested than their white counterparts. In their interactions with law enforcement officers, young black males are 21 times more likely to be shot by a law enforcement officer than their white counterparts.
In order to move forward and improve relations between communities and law enforcement, it is essential to have open and honest discussions about the role of law enforcement in American communities. As FBI Director James Comey stated, “At many points in American history, law enforcement enforced the status quo, a status quo that was often brutally unfair to disfavored groups.” This will require recognition of the origins of policing; acknowledgement of the continued disproportionate impact and overly aggressive policing in communities of color; and adoption of a progressive, forward-looking framework for what all Americans want to see in their local law enforcement agencies.
This issue brief offers five policy recommendations to bridge the divide and build trust between communities of color and law enforcement:
1. Institute a special prosecutor policy and create community police review boards
2. Expand law enforcement training and community-centered responses
3. Institute statewide use-of-force guidelines
4. Mandate data collection
5. Invest in officer and community wellness
https://www.americanprogress.org/issues/race/repo rts/2016/09/01/143357/the-intersection-of-policing-and-race/

Law Enforcement Responses to People With Mental Illnesses: A Guide to Research-Informed Policy and Practices

An International Journal of Evidence-based Research, Policy, and Practice
https://www.tandfonline.com/toc/uvao20/current

Police Response to People with Mental Illnesses in a Major U.S. City: The Boston Experience with the Co-Responder Model

The 4 Best Examples of Police and  Mental Health Response